This post is part of a series of history quickies, bite-sized looks at the minds & times behind famous designed objects. Each week a new iconic design piece will be highlighted, and I’ll show you where you can get it on the cheap!  Read the full series.

Up until now, we’ve focused on specific designers and their original iconic pieces–but this week we’re doing things a bit differently! I know you’ve all seen a Sputnik light, but the history of its design is still a little murky.  Although some credit the Italian engineer Gino Sarfatti, it’s not 100% clear who designed it first as it was copied and reinterpreted many times over in the 1950s and 60s.  But that’s often the case with design history, so we’re going to run with it! The name “Sputnik” refers to the first-ever satellite launched in 1957 by the Soviet Union, escalating Cold War tensions.  Sputnik officially launched the Space Race that overtook America, leading to the creation of NASA and culminating in putting a man on the moon.  The satellite was only about the size of a beach ball, and had four long antennae emanating from its sphere.  (You can see it here). via The Brick House

The Sputnik ceiling light was part of the design period known as the Atomic Age.  Designs from this period looked increasingly to science for their inspiration, as fear of atomic energy and nuclear disaster gripped the world (the atomic bomb was first tested in 1945).  Everything from atoms to molecules to yes, satellites, found their way into people’s homes–and their screens.  Remember The Jetsons? Same time period, same style.

Looking at a Sputnik, I hope you can see these design influences–especially its resemblance to the Soviet satellite!  Now let’s take a peek at Gino Sarfatti, shall we? Born in Venice, Sarfatti had a background in aeronautical engineering–not design.  His future career happened almost on accident after a friend asked him to create a light out of a glass vase, to which he attached a fixture from a coffee maker.  Funny how life works that way, right?  He co-founded the lighting company Artluce in 1939, soon after fleeing to Switzerland to avoid persecution by the fascists (his father was Jewish).  And over the next 40 years, he personally designed more than 700 modern light fixtures.  One of Sarfatti’s Sputnik lights, which was actually designed in the 1930s, sold in 2013 for £15,000 (about $22,000).  That’s cra-a-a-a-zy.

I think it’s great that the Sputnik is popular again today.  It might not be my style, but it is beautiful when done right!  I’m guessing its stark, bare-bulb look is also at least partly responsible for the recent surge in DIY light fixtures lately.  If you like the look, you can find one on Etsy, or at stores like Lights.com and Dot & Bo for under $300.

Let’s find the history in our homes!  If you have a Sputnik light, use the hashtag #designdecoded on Instagram and your photo might be featured on Annabode! 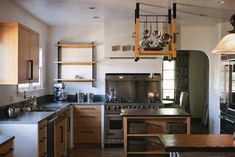 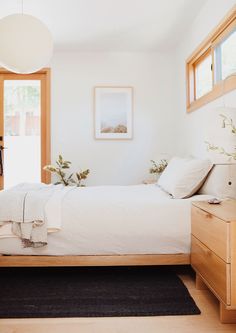