The Ugly Side of DIY (Project Curb Appeal) 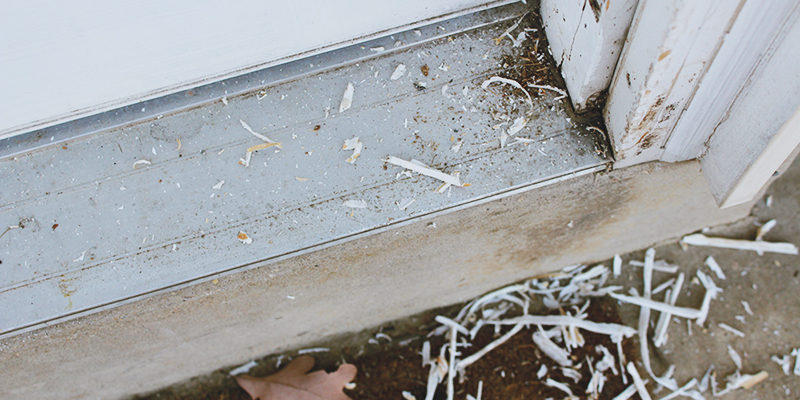 Last week I shared my plans for increasing our mid-century curb appeal before we list our home at the end of the month. My plans weren’t too grand, consisting of mostly paint and new accessories, but as usual my little side project has morphed into….well, a bit more.

First: the house numbers. I thought I’d be able to make this little DIY for free using materials we already had on hand. Whelp, I found not only were we out of spray paint and lumber, but the existing numbers had warped and no longer lay flat. So, off to Home Depot for the materials! 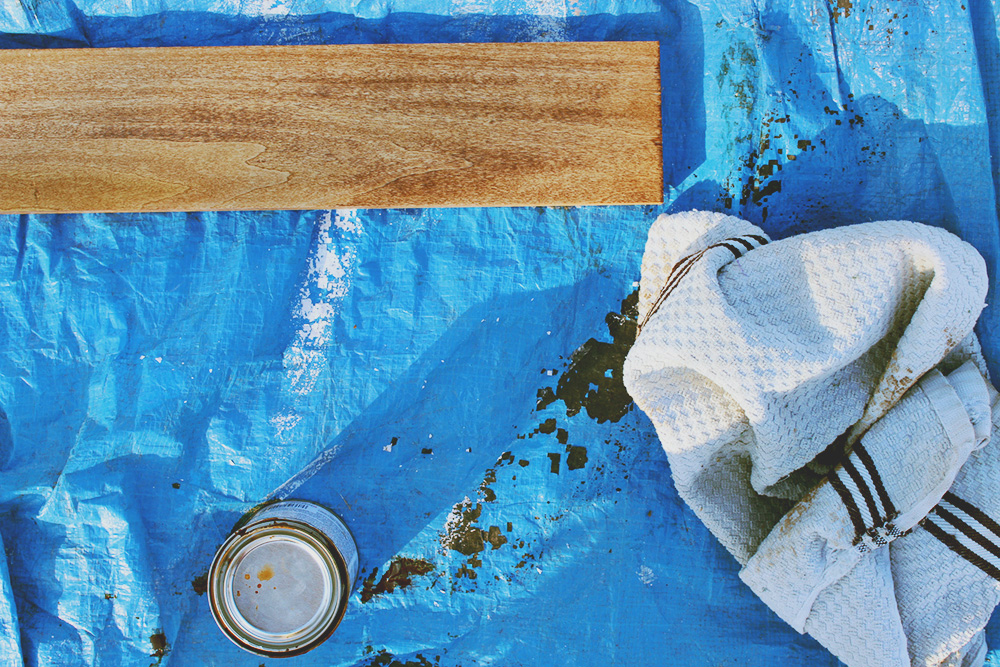 The one bright spot was that the guy in the paint department patiently tested six different wood stains for me until I found the right one. I’ve never had a good customer service experience with Home Depot before, as I’m usually wandering all over the store trying to find someone to cut my one measly little board 12”, or I’m sent to the totally wrong department by someone who just doesn’t know what they’re doing. So listen up Springfield, VA Home Depot—hang on to that paint guy, he’s a keeper! 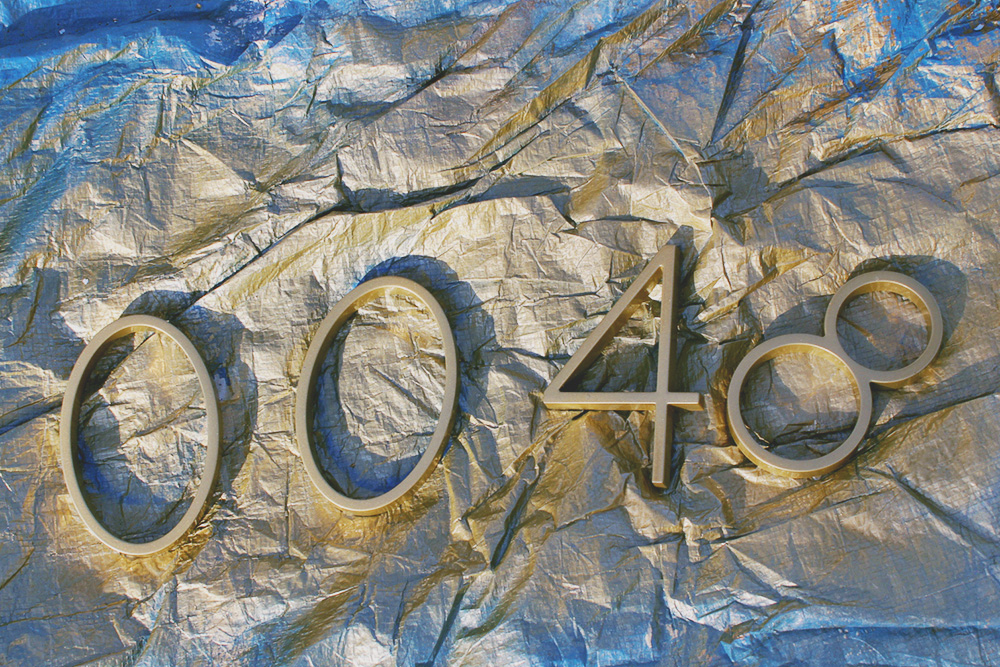 Afterwards Austin took our glass door off and we were left with a mess of caulk and holes and a gaping area where the frame used to be. So…back to Home Depot for some PVC trim! This solution took me forever to figure out, as it’s called brick mould and is really expensive if bought in pieces but very affordable if purchased in a kit. I don’t know why it’s called brick mould…we’re certainly using it around our vinyl siding. With our luck we probably bought the wrong thing! 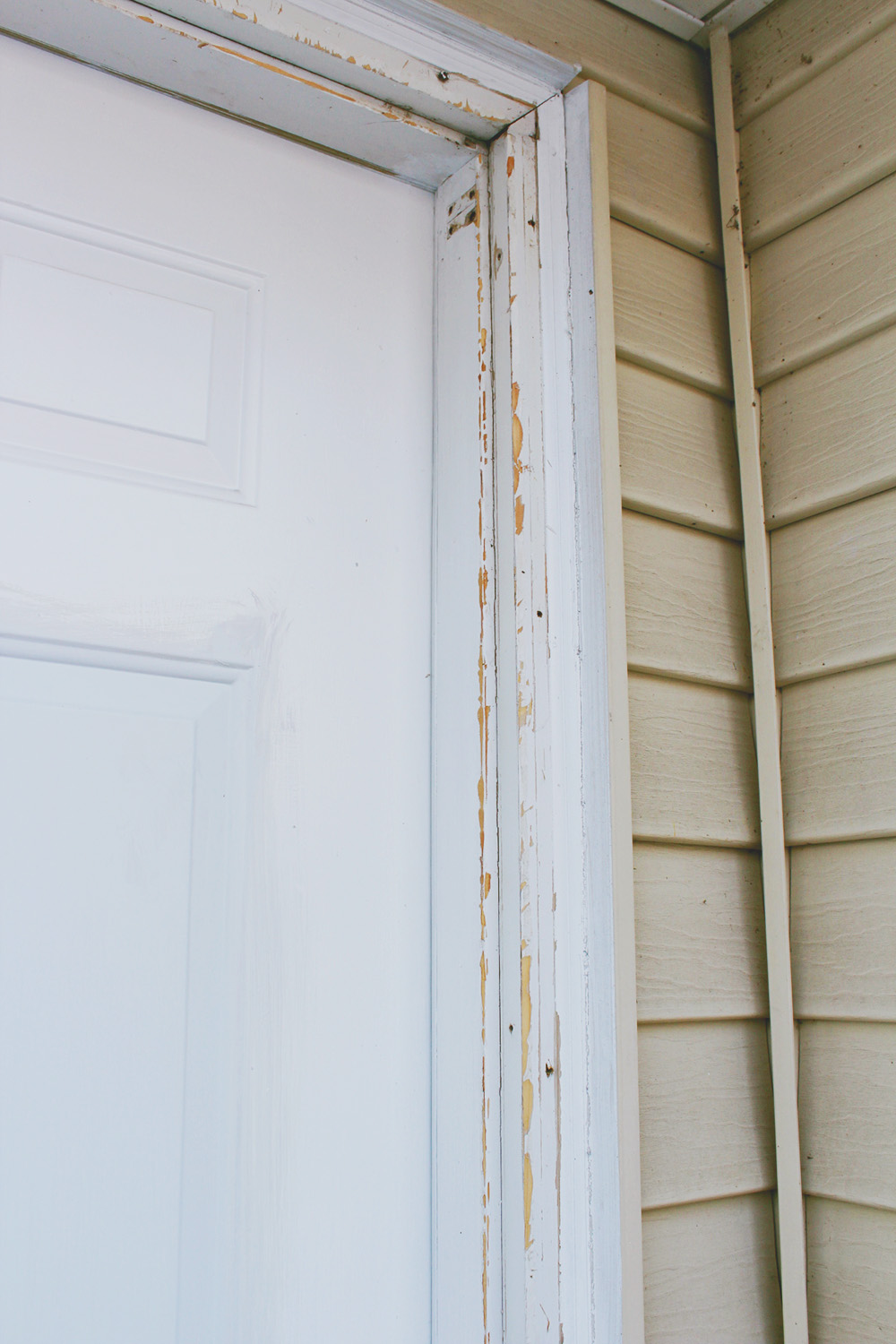 Despite the fact that it’s February and we’ve been blasted with on-and-off snow and hail, I suited up yesterday and tackled the caulk around our door frame with an X-acto knife. I had to remove quite a bit where the moulding is going to go, as well as a bunch from the inner frame. It looks horrible right now, but once I sand and re-caulk it, add the moulding, and paint everything I’m hoping it’ll look awesome.

Right now it looks like our house was attacked by rabid squirrels. 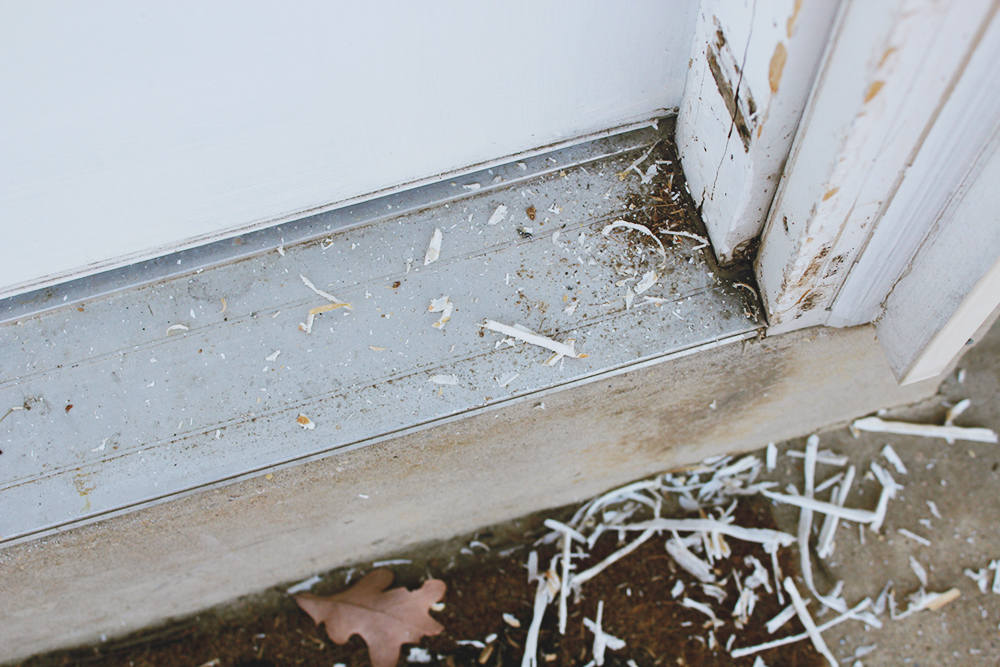 Which brings me to, paint! We’ve decided on Behr Cricket for the shutters, which is a muted green with a yellow-ish tinge. It’s the middle green in the photos, and in reality it’s not as dark. For the door, I love Behr Sliced Cucumber (on the left) but don’t love how it looks with the shutter color. The color on the right is Whitened Sage but I’m not 100% sold. What do you think? 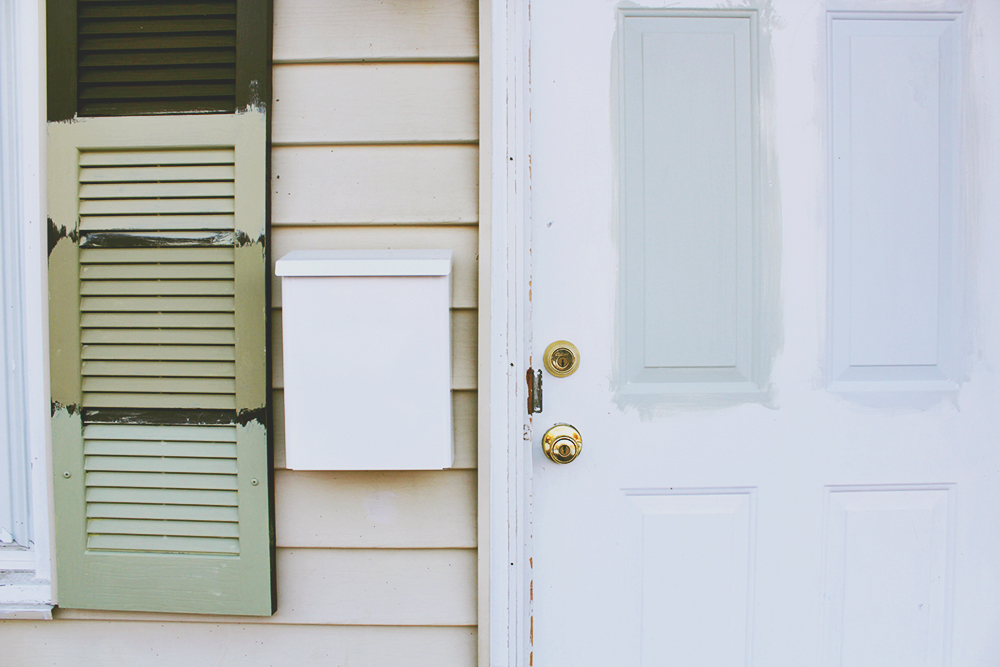 The one accessory update I did achieve was replacing our mailbox with this white one. So. Much. Better! 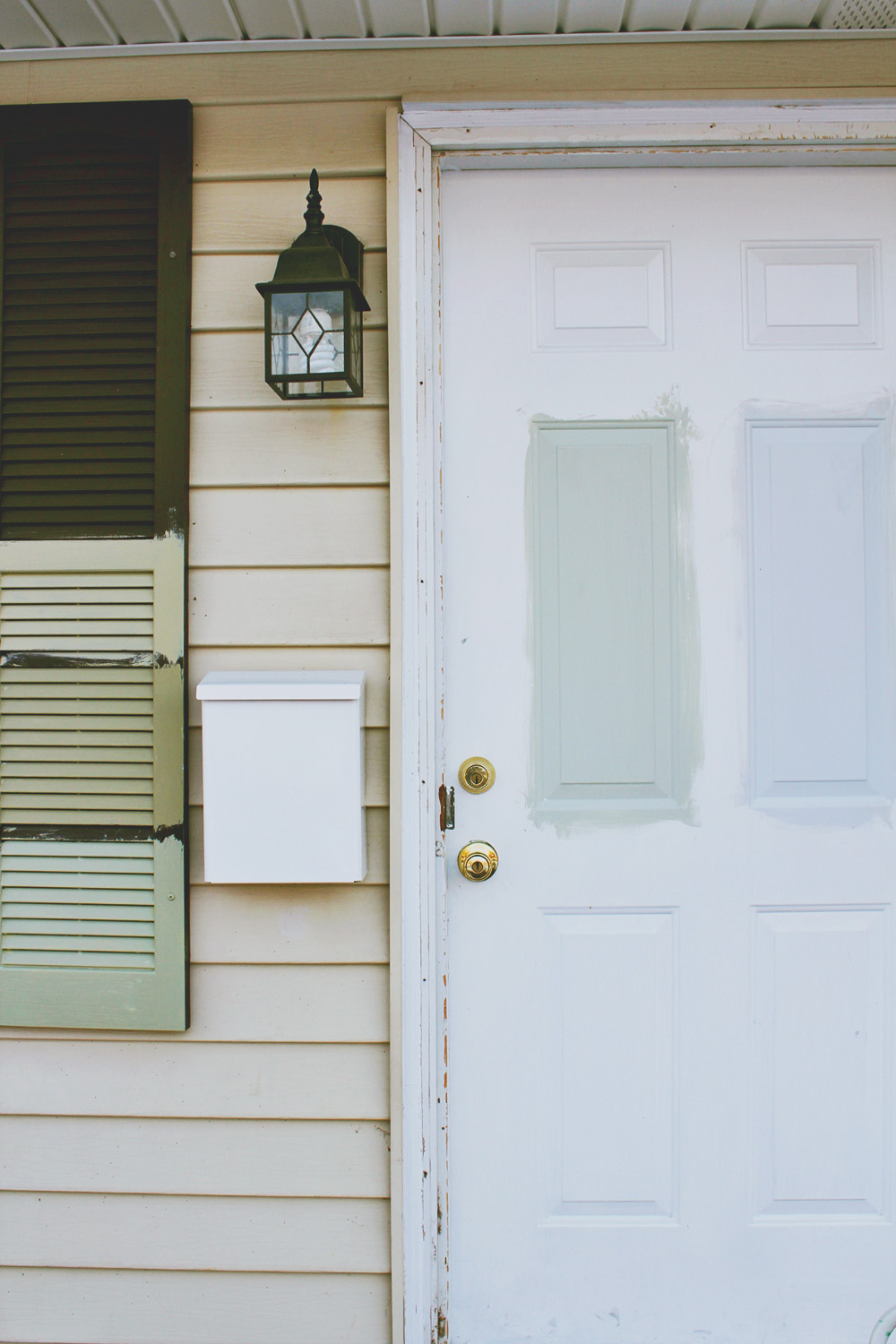 It’s supposed to snow again this week, so I’ll be leaving the shutters and door alone for now. Let’s all cross our fingers for a little Spring weather, shall we?