Muscle and A Lot of Hustle: ORC Week 5 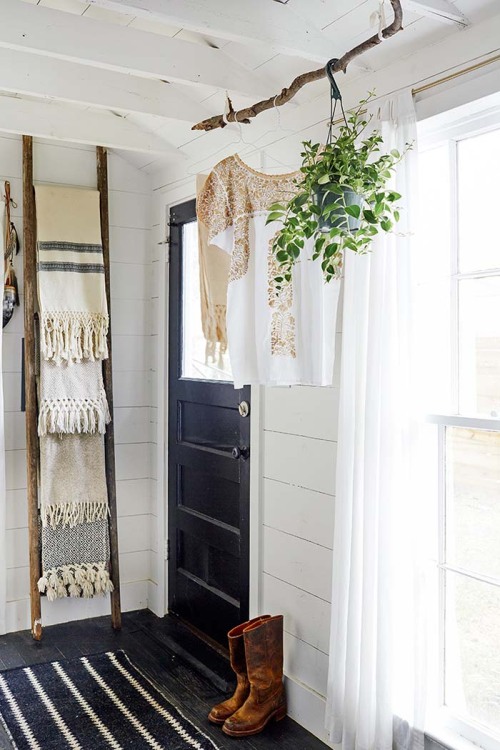 Alright, so I was supposed to post an update on the playroom yesterday…but C has been home sick for the past week and I had very little to show for the days we spent at home.  Yesterday he was back in school, so instead of posting about my lack of progress I decided to make some progress instead.  If you’re just tuning in, I’ve been busy making over my three-year-old’s playroom as part of the One Room Challenge, a link-up event where bloggers and designers transform one room in their house in just 6 weeks.  Be sure to catch up on the entire series, beginning with Week 2, Week 3, and Week 4 and don’t forget to check out the other fabulous rooms by visiting Calling It Home! 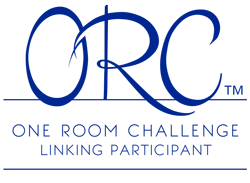 What did I do yesterday, you ask?  Why, I built myself a train table.  Not that I already had a perfectly good one or anything.

You see, my original plan called for staining C’s old table a nice oak color.  With the birch bookshelves on the wall behind, an entirely birch train table was just too. much. birch.  But of course, when I took a closer look at the table I discovered it was made of MDF, so staining was a no-go.  I contemplated leaving the table as-is and just painting the drawers beneath white (as planned), but my heart was really set on that oak! So, being a rational person with no carpentry skills, I decided to make a new one that I could stain.  Obviously.

It took some troubleshooting.  I made mistakes, and had to go back and re-do certain steps, but I’m so happy with the result! Not to mention, this is the first substantial thing I’ve built…and boy, does it feel good.  When I finished I definitely had a beat-my-chest-and-yell-like-Tarzan kind of moment. Or two.

Stay tuned for a DIY post on this train (or activity) table next week!  And now here are some glamour shots: 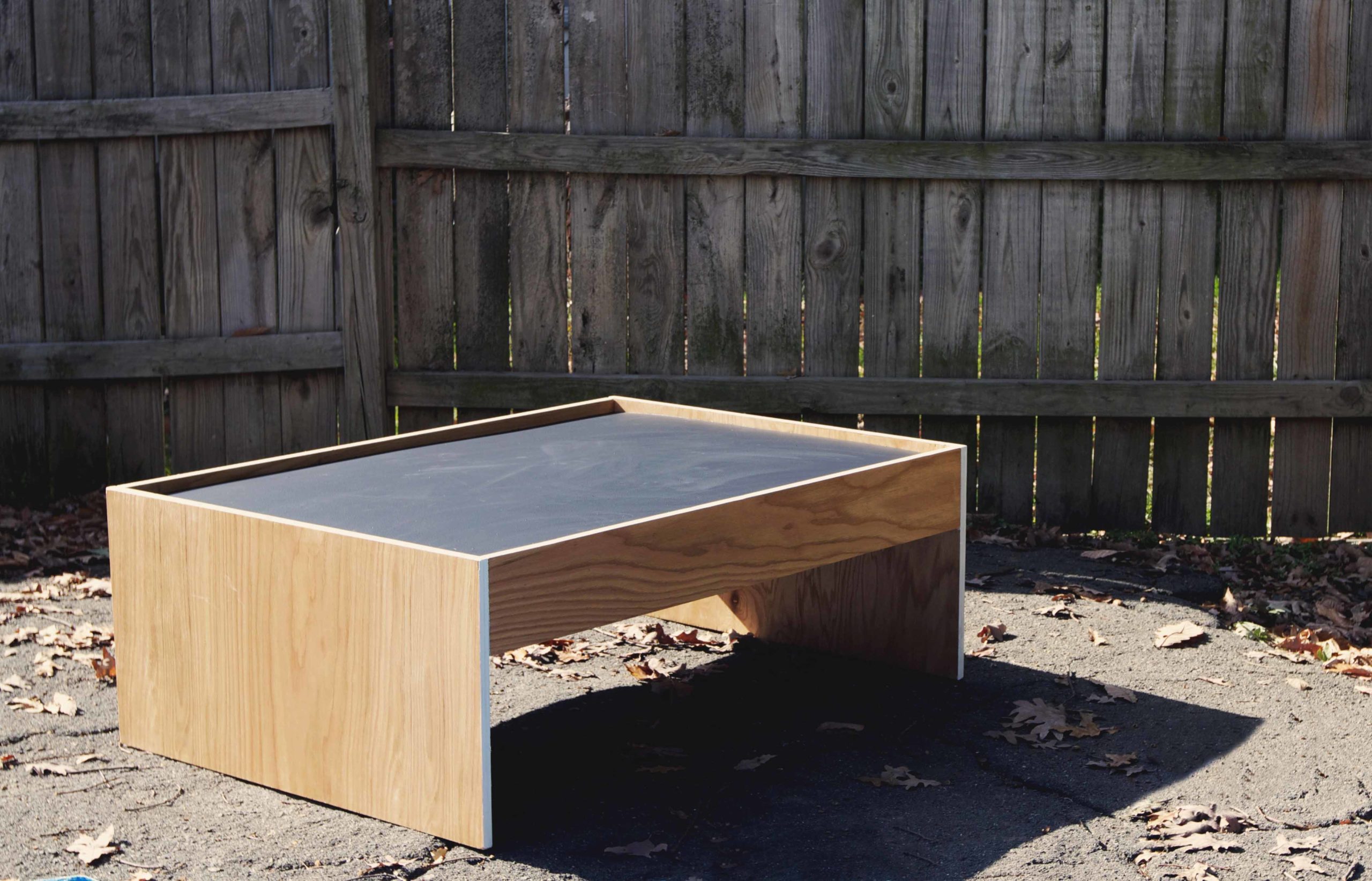 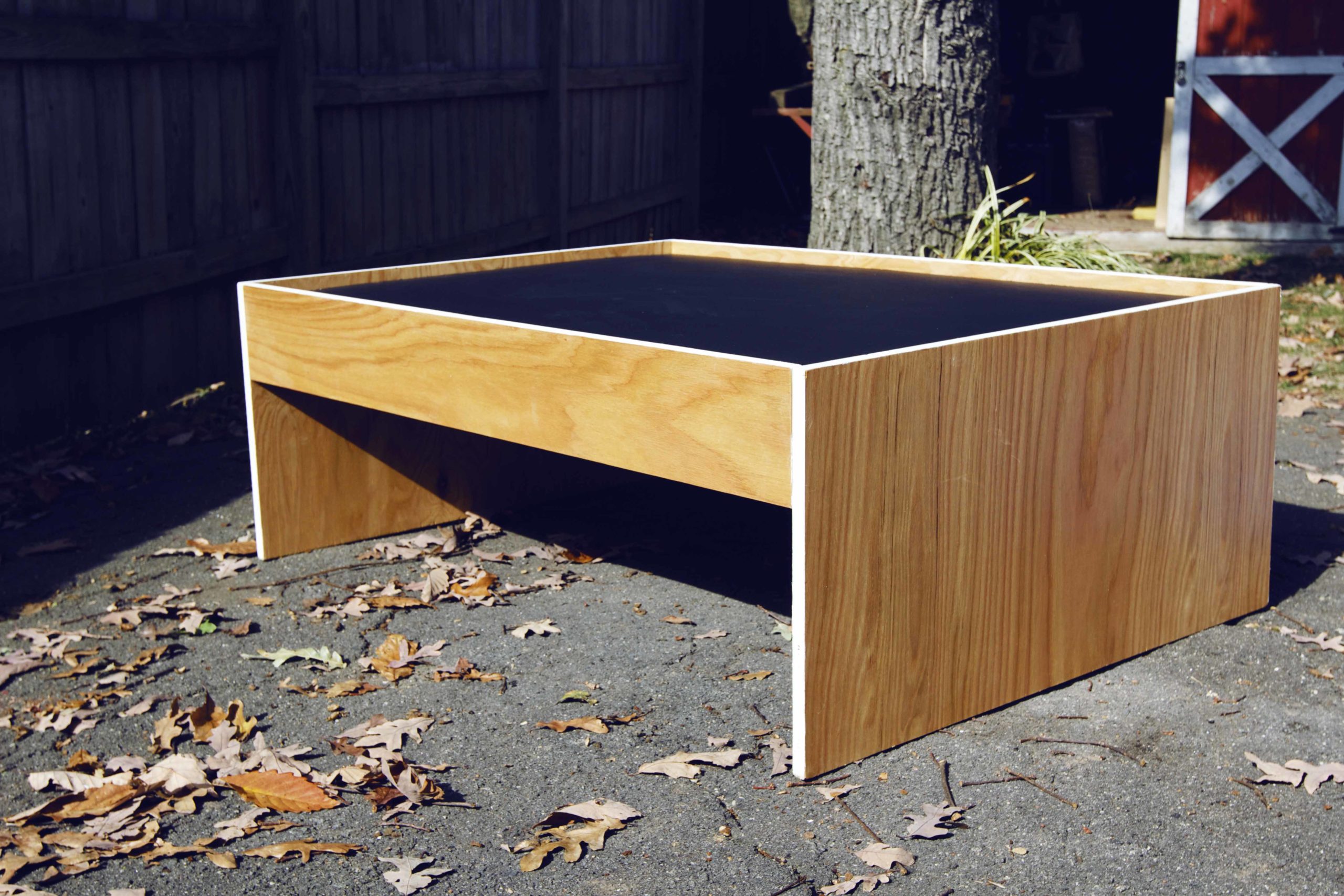 And, just for fun (and so you believe me when I say you do NOT want to see photos of the playroom this week), here is what it currently looks like: 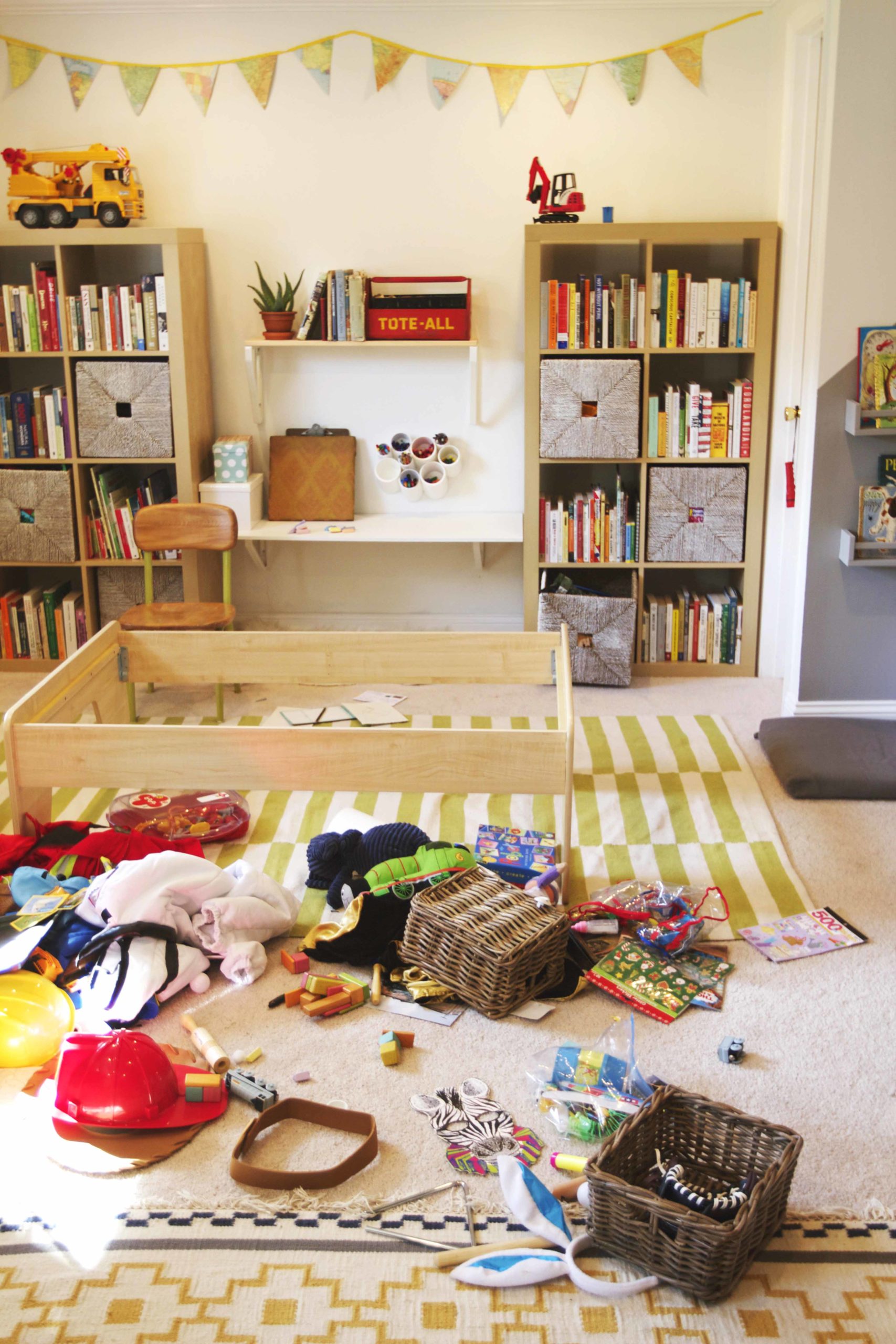 Have a great weekend and a very happy Halloween! C is going as an astronaut, and I have to scrounge up two alien costumes for Austin and I by this evening.  And then the next couple days will be spent busting my butt to pull this room together in time for the BIG REVEAL next Thursday!